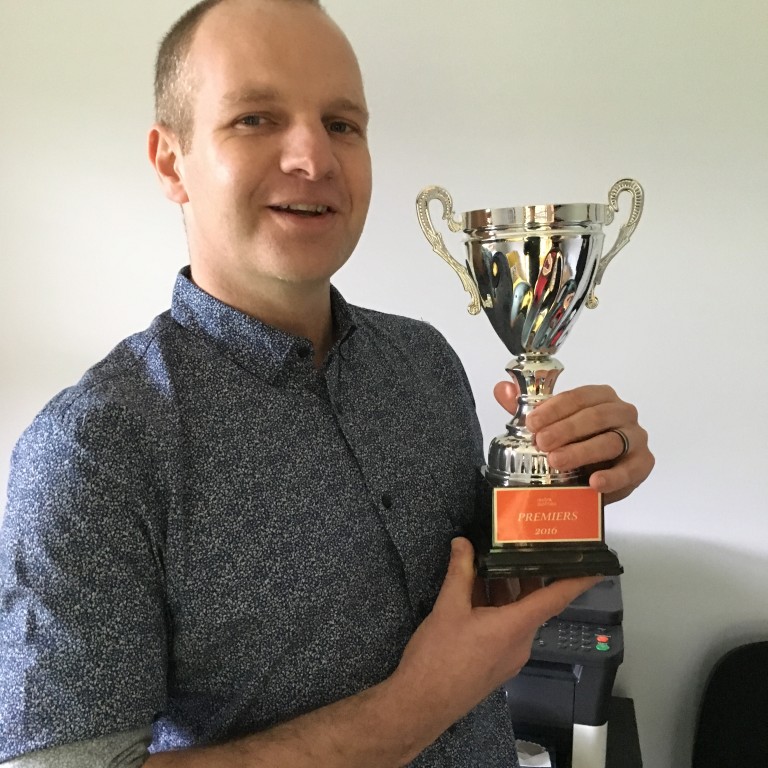 Windana TC Acting Manager David Scott has a very welcome new display in his Maryknoll office – the inaugural Reclink Cup trophy. Members of the TC community joined the Salvo Hawks this footy season. “Some of them were playing footy for the first time and were really talented. We had one guy who has played many different sports, but not AFL and he discovered a passion for it,” says David.

The Hawthorn-based Salvo Hawks Aussie Rules Football League is a well-established Reclink football team that is coached by and made up of people in long-term recovery as well as SHARC residents. Up to 12 Windana TC players were coached by Windana staffer and experienced footy player Ashley Plozza and Aftercare Coordinator Natham Oppy.

The team played at different grounds around Melbourne, a welcome opportunity for TC residents to get out and about. For many, visiting these public ovals for team sport was a chance to go back to old haunts not to score drugs, but to score goals. “You could see the energy and adrenalin they got from playing football. It was a high without drugs or other substances,” says David.

The whole TC went to watch the Grand Final against the Wynbay Bulldogs at the Peanut Farm Reserve, St Kilda; with the Salvo Hawks victors by four goals.