The Peter Bucci Award was established by the Board of Windana in 2003 to honour the memory of Peter Bucci. 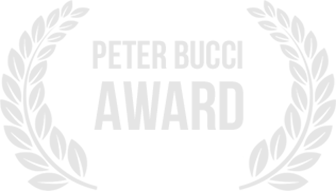 Peter founded Windana in 1984 and was the Chief Executive Officer through to his retirement in 2002. He had many wonderful qualities and never lost sight of the human element of his work.

Peter had a boundless capacity to listen, empathise and engage with all those around him. He had a fantastic ability for bringing out the best in people and was able to make people feel really good about themselves. He was a kind, compassionate and non-judgmental man who accepted everyone for who and what they were. His faith in people’s ability to change enabled him to inspire them and help them take charge of their lives. Peter was also a creative and innovative thinker and had a great sense of humour.

These things, along with his commitment to making a difference in the lives of those with whom he worked, are his legacy to Windana and the drug and alcohol field generally.

Peter died in 2003 after a battle with cancer.

The recipient of this Award should be a member of staff or a volunteer (excluding Board members) who possess similar qualities and values to Peter’s. The award is presented by the Chairperson each year.